I spent time with the Garífuna, an Afro-Honduran ethnic group in rural Garífuna communities in Honduras. I met some of the kindest people; I have met in Central America.  The Garífuna used to be a strong community with as solid culture; they have their own language and traditions. Some prevail, such as their music and dance, but their language is hardly spoken and children do not want to speak it. They live mainly on remittances from relative that work in the service sector in the U.S. where they work hard. A few still live of subsistence agriculture and fishing. Jobs are few in the communities.

Unemployment is high, and many emigrate in search of income. Poverty is widespread and so is food and nutrition insecurity in many families. There is no food store that sells beans, vegetables, fruits, or other nutritious food items in the villages I visited. There are a few micro-stores that sell “fast-food 2.0”, i.e. small bags of cookies and chips with limited nutritional value as it is fat, sugars, and carbs and no vitamins, proteins or minerals.  Even in front of the school there is a micro-store. Mothers buy these packages for their children take to school for breakfast and lunch. There is no portable water so families have to buy the water for drinking. Most children seem to prefer soft drinks, which is the beverage consumed with the fast food. This may have cause severe impact of the brain development and learning of these children and life-long productivity reducing effect as they grow up to be adults.

The Garífuna are exposed to discrimination and lack access to many public services, not only portable water, and decision-making processes. Garífuna are the third largest minority or indigenous community in Honduras, and the descendants of African-Carib populations from the Caribbean island of St Vincent who were exiled to the Honduran coast in the eighteenth century. As with other indigenous communities, Garífuna are not recognized. 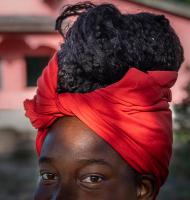 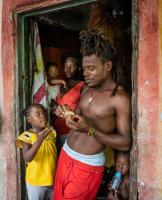 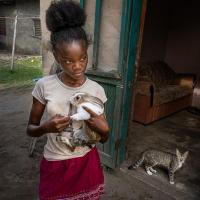 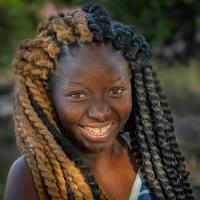