Climate change is already impacting people's lives and livelihoods. The poor and the vulnerable pleople are the most affected.

Climate change is not a phenomenon of the future, it is happening now. Many people across the globe are already feeling it. This portfolio presents insight, through the lens of the people and countries, to the climate's impact on people's lives and well-being. Climate impacts affects water availability for poeple and animals as most glaciers disappear and precipitation is becoming more irregular. That affect rural livelihoods, particular those that are natural resource based such as agriculture, which in turn impact food security.

Indigenous peoples are the most vulnerable to cliamte change as their exisitance is based on natural resources. For example, medicine men can no longer predict and advice the community members based on natural phenomena that is changing, rivers and streams are drying up so no agriculture can be cultivated on river beds. droughts are killing livestock and forcing pastoralist to change thier livelihood strategy, often pushing them to cities where they lack social and other skills to start over.

women and men face different vulnerabilities in a changing climate. migration will increase affecting both sending and receving communities and gender relations often change. More men will move to cities to seek paid employment. As a result, rural women assume the departed males' community role and are left behind with all production and family responsibilities, among others. 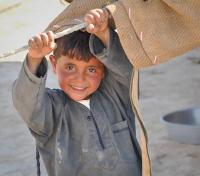